The Golden Circle is a must-do day tour from Reykjavik with your friends or family. Discover some of the highlights of Icelandic nature, our history, geology and its people. 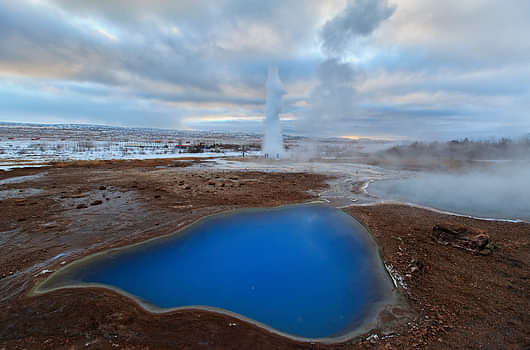 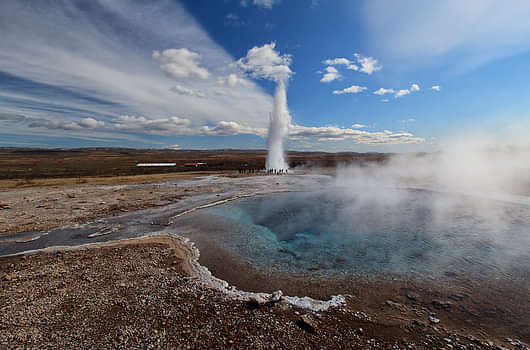 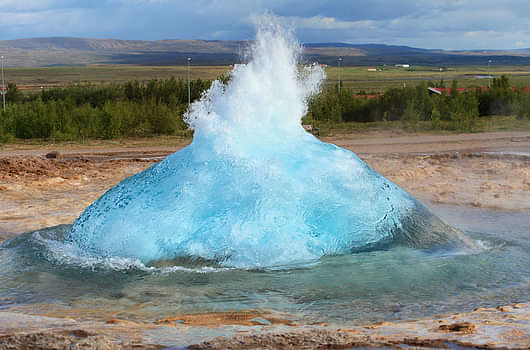 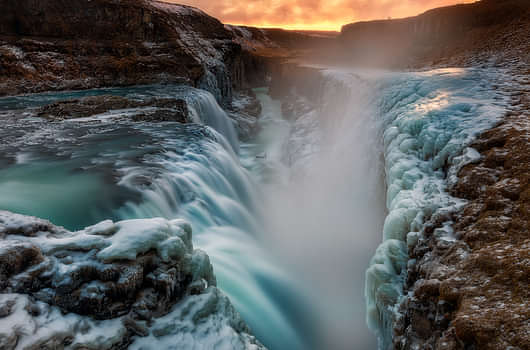 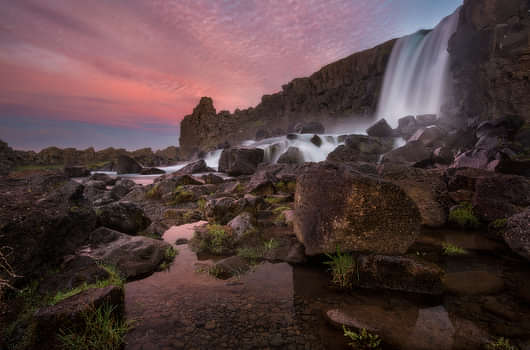 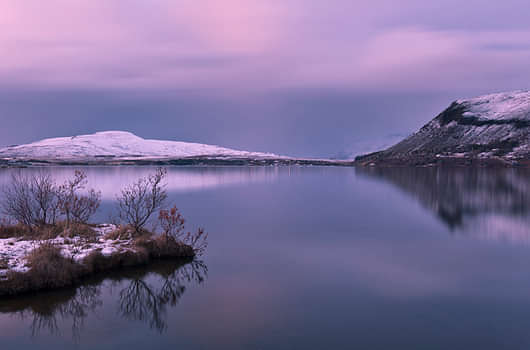 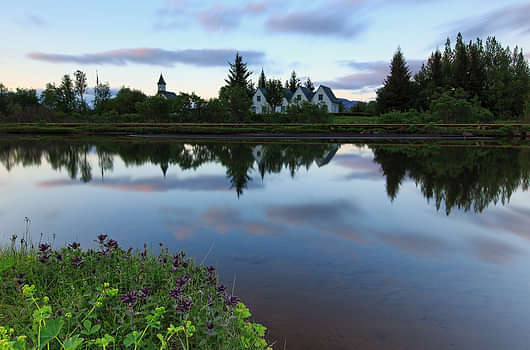 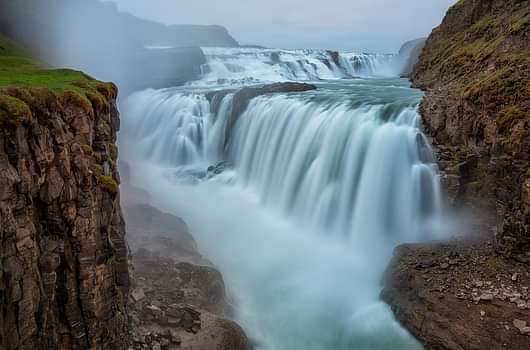 Golden Circle day tour from Reykjavik, an amazing sightseeing tour for everyone.

The great Golden Circle day tour is a must-do day tour out of Reykjavik. It offers you the opportunity to discover some of the highlights of southwest Iceland. It also provides you with a general insight into the Icelandic history, geology, its people and its rich cultural heritage.

Please keep in mind that

Pick up in Reykjavik

We offer pick up & drop off in Reykjavik from most hotels and guesthouses. Please note that some hotels & guesthouses located in the old city center of Reykjavik are in a bus restricted zone that requires guests to wait at certain bus stops. You can choose the one that is closest to your accommodation and we will collect you from there.

After our pick up in the morning, we start by driving directly over Hellisheiði mountain area to Hveragerði. Hveragerði is know for it‘s earthquake in 2008. One of the worst in the towns history. We will learn all about it in the earthquake center in Hveragerði.

The waterfall Faxi in the river Tungufljót in South region in Iceland is our second stop. Faxi is only twelve kilometers from the famous Geysir hot spring area and twenty kilometers from the famous waterfall Gullfoss. The origin of Tungufljót river is in the lake Sandvatn. The waterfall Faxi is 80 meters wide and seven meters high. Faxi is spectacular, although it is not the most grand waterfall in the area, it tells us a story. As well in the waterfall, the salmon ladder is located. Can you spot it?

After a short walk through the area, we continue towards the Geysir geothermal area. There, you have enough time to discover Strokkur, one of the most active geysers in the world. It spouts hot water and steam at a height of 20 – 25 meters every 5 – 8 minutes.

After a lunch break in the area, we head towards Gullfoss “Golden Waterfall”, Europe’s second most powerful waterfall. It is located in the Hvítá “White River”, one of Iceland’s major glacier rivers. The wide Hvítá river flows southward, and about a kilometre above the falls it turns sharply to the right and flows down into a wide curved three-step "staircase" and then abruptly plunges in two stages (11 metres or 36 feet, and 21 metres or 69 feet) into a crevice 32 metres (105 ft) deep. The crevice, about 20 metres (66 ft) wide and 2.5 kilometres (1.6 mi) in length, extends perpendicular to the flow of the river. The average amount of water running down the waterfall is 140 cubic metres (4,900 cu ft) per second in the summer and 80 cubic metres (2,800 cu ft) per second in the winter. The highest flood measured was 2,000 cubic metres (71,000 cu ft) per second.

Think we are done?

After the beautiful Golden waterfall then we drive directly to our National park of Þingvellir.  Iceland‘s first national park, This is the birthplace of a nation as well as of the first Icelandic democracy when the Viking chieftains decided to establish their first parliament (Althingi) or “general assembly“ in 930 AD. Many events took place in the area, including the introduction of Christianity in the year 1000 AD, the declaration of independence from the Danish Kings on June 17, 1944.

Besides its historical and cultural importance, the park displays a unique geology and natural landscapes. There, one can learn and understand the tectonic activity or the so-called the continental drift, the boundary between North American and Eurasian plate tectonics. Thingvellir is one of the only sites on Earth where the effects of two major tectonic plates drifting apart can be observed.

Notorious for its outstanding natural beauty, Thingvellir National Park served as one the main filming locations of Game of Thrones in Iceland. There, you can experience the site the same way encountered or seen by the cast of the White Walkers and the trail of the Wildlings from North of the Wall.

After an astonishing day with nature and history on our minds, we start going back „home“. Estimated arrival back to the Hotel is between 16:00-17:00 PM

Let us take you there.