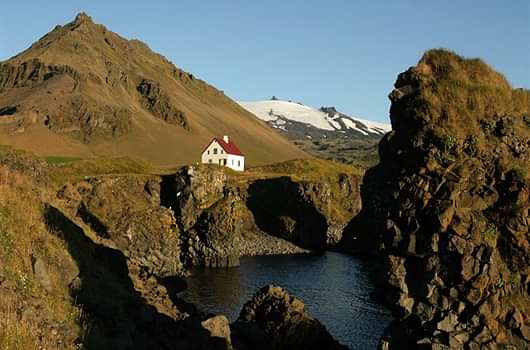 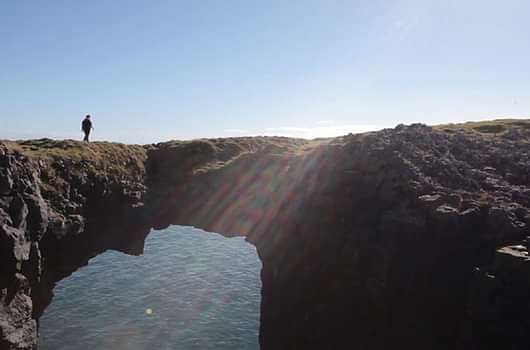 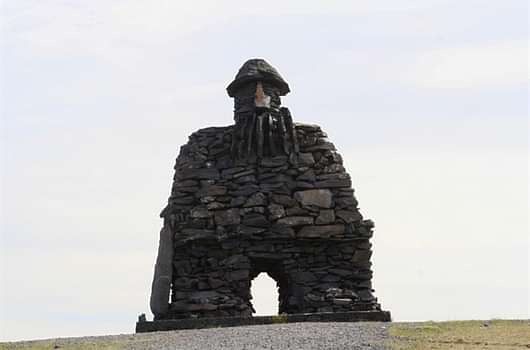 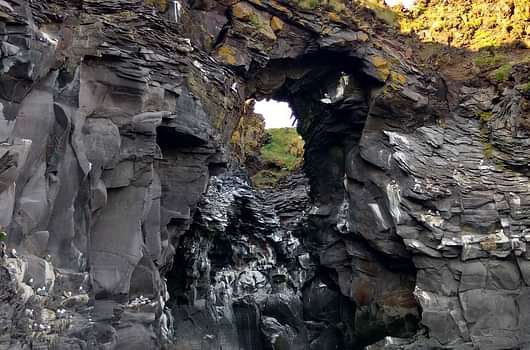 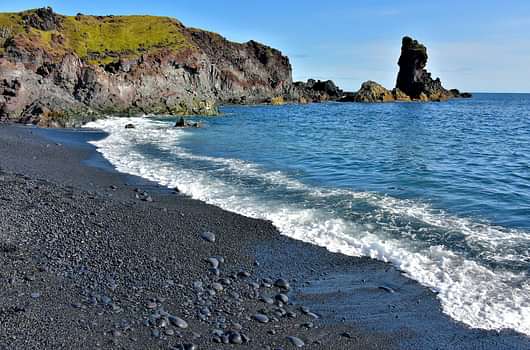 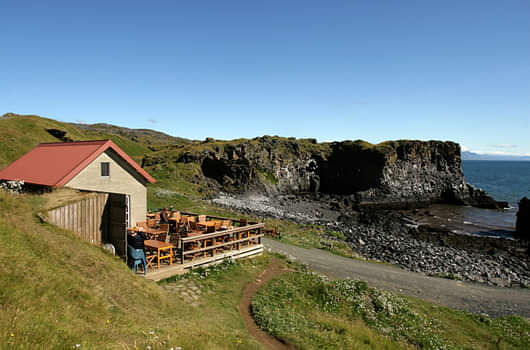 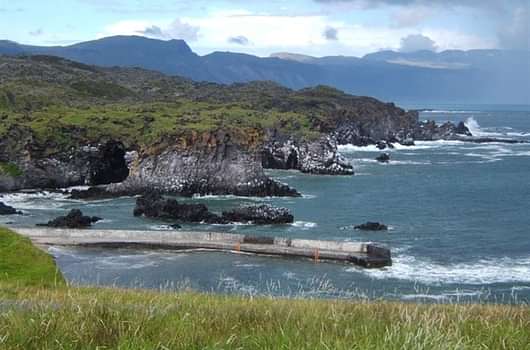 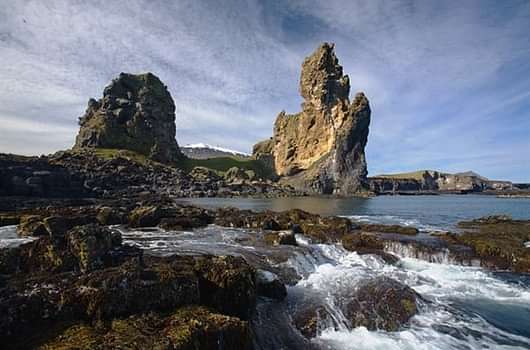 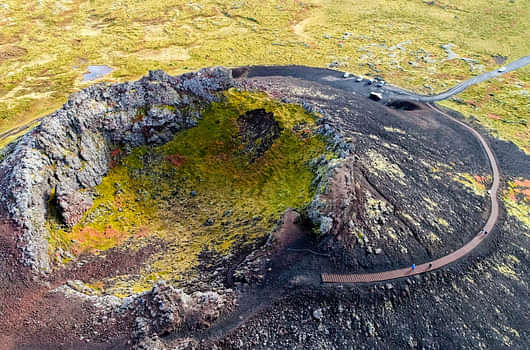 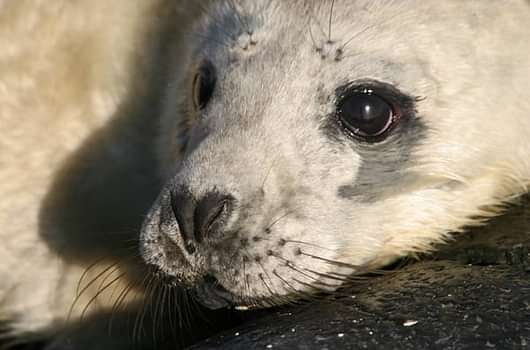 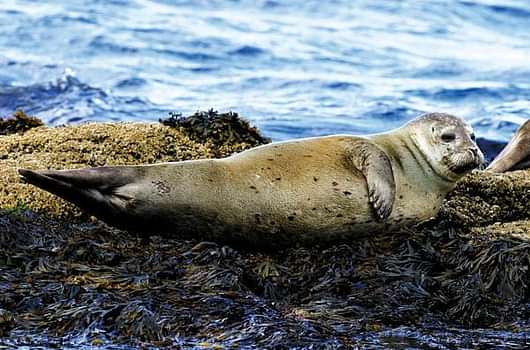 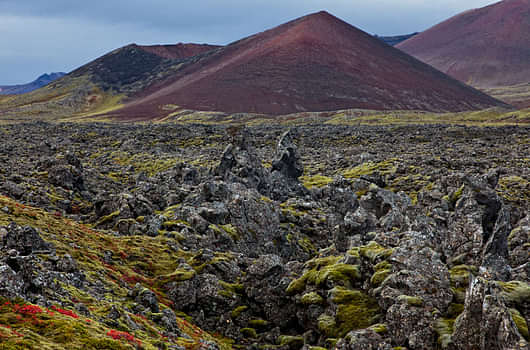 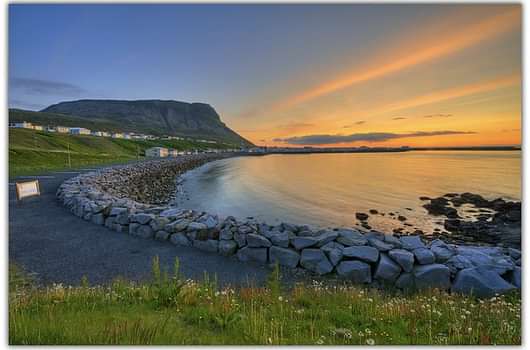 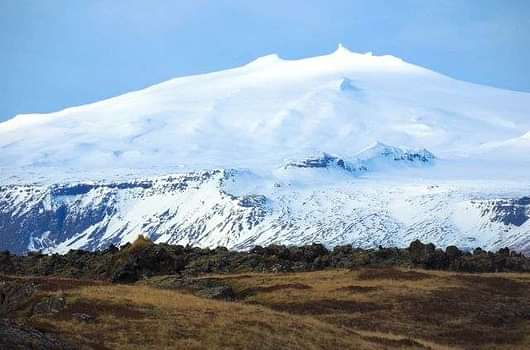 Passengers are picked up at the port in Grundarfjörður. Departure is 30-40 min. after arrival of the Cruise Ship.

The magical Snæfellsnes Peninsula in Western Iceland is sometimes called “Iceland in miniature” due to its many different kinds of geology all in one place. This is aa mini Bus tour with a maximum of 18 passengers. That should create more personal experience for you and make the tour more enjjoyable.

Kirkjufell or „The Church Mountain“ is our first stop. Kirkjufell is just a few minutes drive from the Port of Grundarfjörður. This pyramid-shaped mountain rises out of the green hills, surrounded by trickling rivers. This is one of the most popular photography spots in Iceland and you might recognise it from the popular HBO TV Game of Thrones. Kirkjufell takes its name from it´s resemblance to a church steeple, sharpened at the top with long curved sides. From other angles, the mountain has been compared to a witch’s hat or even a freshly scooped ice cream.

From Kirkjufell we drive to the town of Ólafsvík, a town of just over 1.000 people on the northern side of Snæfellsnes Peninsula, close to the magnificent glacier, Snæfellsjökull. Ólafsvík has a large fishing harbour which is ideal for watching the lively seamans life. An old warehouse, built in 1844, is now rotected and houses a museum, with exhibits displaying working methods from ancient times. At the end of Baejargil gorge is the beautiful Baejarfoss waterfall. In the
17th and 18th centuries, commercial vessels sailed between Ólafsvík and Denmark and the village was one of the larger trading ports in Iceland.

Saxhóll Crater is our next stop, a 45 meter high volcanic, ovalshaped crater. It rises up from the moss-covered lavafields in Snæfellsjökull National Park on the Snæfellsnes peninsula.

Djúpalónssandur „The Black Lava Pearl Beach“ is filled with black lava stones. They have been highly polished by Atlantic Ocean waves since the last eruption of Snæfellsjökull in 200 AD. Locals call them Pearls of Djúpalón. The cliff on the left is Djúpalóns-Klettur. The basalt column on the horizon is named Kerling. According to folklore, this is the remains of a troll woman who turned to stone when caught in the sunrise.

Lóndrangar are a uniquely-formed remnants of ancient basalt volcanic dikes sticking out from the sea. Lóndrangar and the hill Svalþúfa are the remains of a crater, which has been eroded to its present form by the sea. The farmers in the area never made or make hay on the hill, because it is said to belong to the elves living in the area. Younger lava fields surround this old crater ruin. The higher pillar (75m) was first climbed in 1735 and the lower (61 m) in 1938. Below the hill you may find Þúfubjarg cliff where according to a folktale the poet Kolbeinn Jöklaskald had an encounter with the Devil. On these cliffs, puffins and fulmars have their nests.

For centuries, Hellnar was among the largest fishing villages beneath the Snæfellsjökull ice cap. Valasnös, a freestanding rock, extends east of the bay. One of Iceland's most peculiar caves, Baðstofa, is there. It is known for its special light exposure and colourful interior. A cold water spring is to be found at the lava's edge. It is dedicated to the Holy Virgin because it is said she appeared there once. The Hellnar church was built in 1945 on a picturesque site where a
church was first raised in 1833. Located at Hellnar is a Hotel and a charming little café.

Arnarstapi was an important trading post in the past and had a much bigger population than it has now. Columnar basalt, ravines and grottoes surround the Arnarstapi pier. There is good anchorage for small boats. There is quite a large arctic tern colony in the village itself. A walk along the coastline is recommended to watch the birds and the magnificent lava formations. The seaside and the cliffs between Arnastapi and Hellnar have been made a Natural Reserve in 1979. A very interesting old path follows the coastline where you can see old lending places of fishermen, lots of birds like the kittiwake, the Arctic tern and the fulmar and pass through a lavafield. A sculpture of Bárður Snæfellsás by Ragnar Kjartansson stands by the beach at Arnarstapi.

The beach near the farm Ytri-Tunga is a well-known seal colony. The best time to see seals there is in June and July. Unlike many of the beaches in Iceland, Ytri Tunga has golden sand, rather than black.

Berserkjahraun is a 4000-year-old lava field situated on the Snæfellsnes Peninsula. It covers the western part of Helgafell, between the towns of Stykkishólmur and Grundarfjörður. The name Berserkjahraun comes from one of the Icelandic Sagas, Eyrbyggja-Saga. According to the saga a farmer brought two berserkers from Sweden to the Snæfellsnes Peninsula. He later gave the berserkers to his brother, Víga-Styr, who lived on the other side of the lava field. One of the Swedes fell in love with Víga-Styr’s daughter and asked for her hand in marriage. Víga-Styr made a deal with the berserker. He could have his daughter’s hand if the two Swedes could clear a path through the lava field, connecting Víga-Styr’s farm to his brother’s. The feat was considered impossible but the berserkers managed to complete the path quite quickly. Instead of keeping his promise, Víga-Styr had the two Swedes killed and buried them near the path. Four landmarks from the saga can be found in Berserkjahraun. Those are Berserkjagata, the path itself, Berserkjadys, where the two Berserkers are supposed to be buried, Landamerkjagarður, a boundary fence and Fjárrétt, a sheep den.

Back to Grundarfjörður after an astonishing day with nature and history.

Product ID: 222635
Add to my
Book online and get instant reservation confirmation
Got Questions?
Contact us